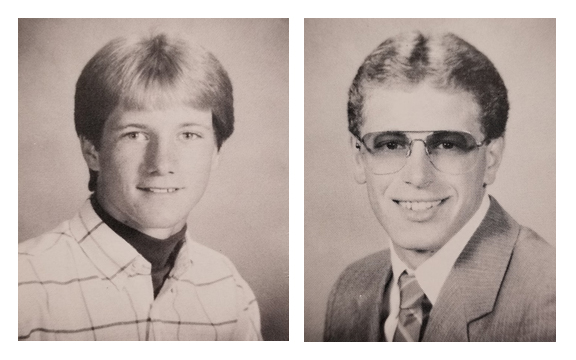 Tonight’s game will feature co-honorary captains.  Chris Hoover and Karl Kiler both graduated from Independence High School in 1990.  Together, they hold the record for the longest pass and reception in Independence football history.  The record was set on September 2nd, 1988, in a game against Waverly-Shell Rock. The Mustangs did not win the game, but the 88-yard pass and catch record still stands strong 30 years later.  Chris and Karl are also both tied for 3rd for most two point conversions in a career, and Chris Hoover is currently 9th for most passing yards in a career at 1,065 yards. Both Chris and Karl were 2nd Team WaMaC and Team Captains in 1989.  Currently, Chris Hoover is the superintendent of schools in the Maquoketa Community School District, while Karl Kiler currently works at Bachman Tool and Die in Independence. Please help us welcome back to Independence and Lyle Leinbaugh Field, our honorary captains, Chris Hoover and Karl Kiler!