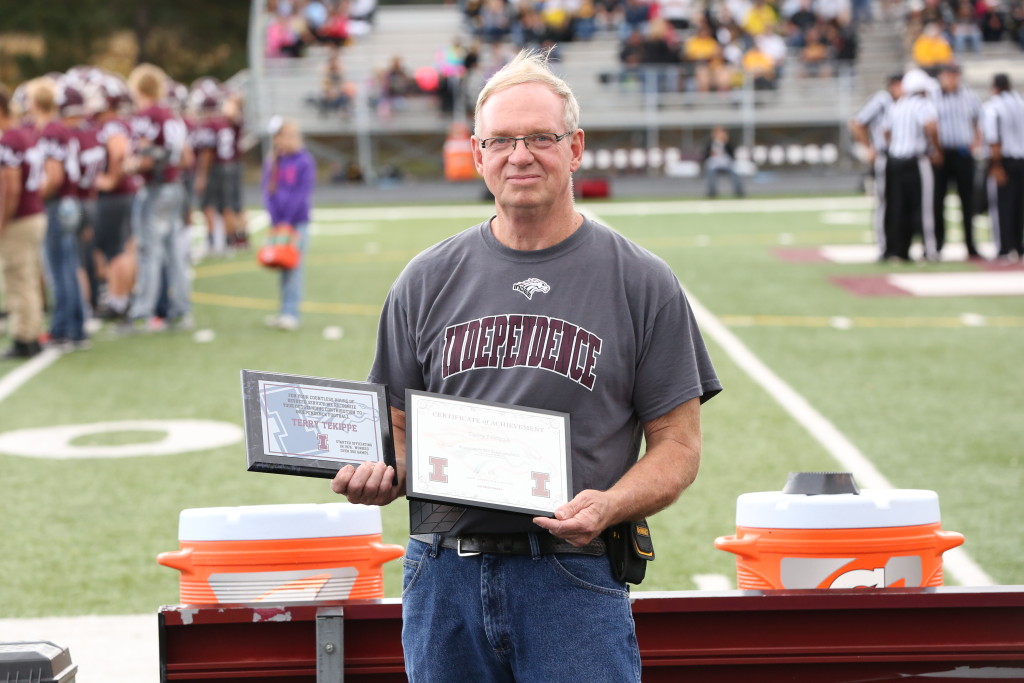 Tonight’s honorary captain is a former Mustang Football Player and a former IHSAA Football Official.  Terry Tekippe graduated from Independence in 1972.  While here, Terry played Offensive End and Defensive End.  After high school, Terry went to college at St. Mary’s in Winona, Minnesota.  After college, Terry came back to Independence and started working at Coast to Coast Hardware Store, which became Hardware Hank in 2000.  Terry currently lives in Independence with his wife Jami and enjoys spending time with their four sons Brian, Andy, Nick, and Ben.  Along with his honorary captain status tonight, Terry is also being honored for his countless hours of service to Independence for his officiating duties with his crews over the years.  Terry originally began officiating with Bob Miner and his dad, Bob Tekippe.  For 38 years, Terry has officiated over 500 games for Independence at all levels in football and numerous games around the area.  Please help us welcome back to Lyle Leinbaugh Field, our honorary captain, Terry Tekippe!