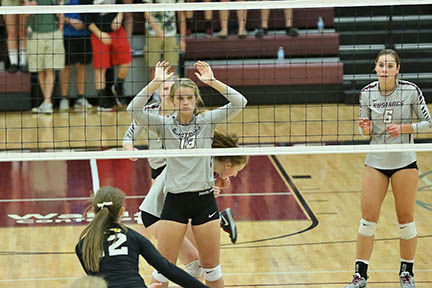 Also, for Head Coach Joe Schmitz, he was able to reach 300 career wins for his coaching career, with the win over North Linn to start the day. Independence ended up winning the tournament over Jesup in the finals.

The Sophomore team coached by Jess Chesmore won the Dyserville-Beckman Tournament on Sept. 3.