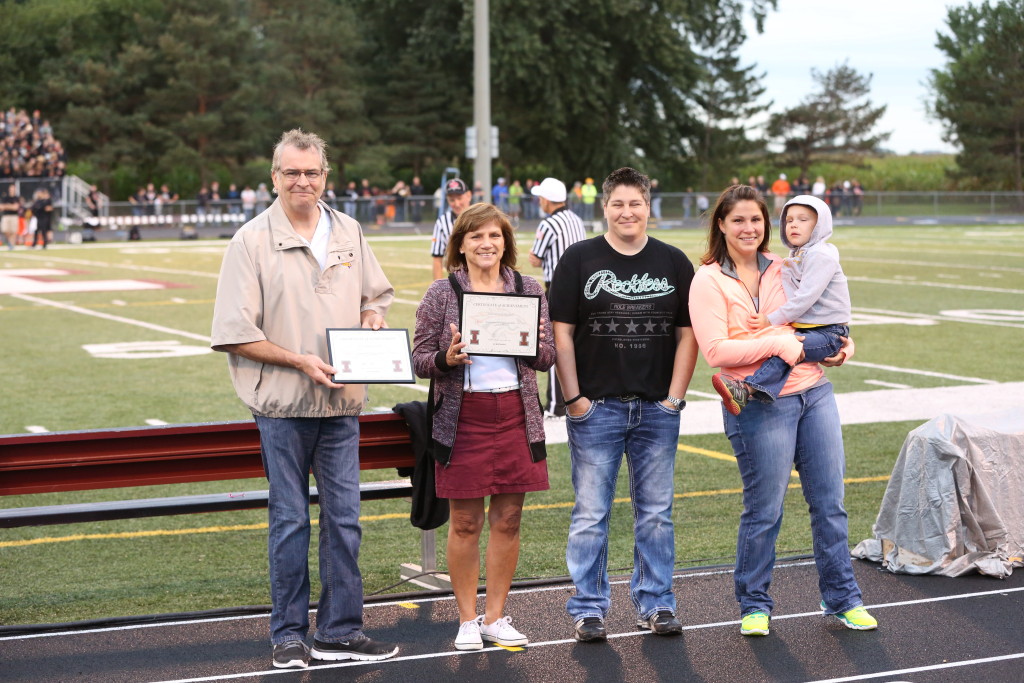 Tonight’s honorary captains are a father/son duo who both played football and graduated from Independence.

James Stainbrook graduated from Independence High School in 2002. During his football career in high school, James played on the offensive line and at linebacker. In doing so, he set the record for most PATs blocked in a game, and is currently 2nd for most tackles in a season and 6th for most sacks in a career. James was voted as a captain during his senior season and represented Independence as a 1st team All-District and All-State
player.

After high school, he attended college at the University of Northern Iowa and Kirkwood College. James married Abby in 2009 and moved to Ireton, Iowa, with their two children Keira and Ian. James worked as a Physical Therapist Assistant for Crowne Point in Sioux Center, Iowa. This past March, James passed away suddenly and unexpectedly at 32 years of age. Tonight, he is represented in memory by his family.

Our second honorary captain tonight is James’ father Jim Stainbrook. Jim graduated from Independence High School in 1973. While in attendance, Jim participated in football, basketball, track, and baseball. In 1978, Jim married Ann and they had three children; Kimberlee, Melissa, and James. In 1993, they moved from St. Louis, Missouri, back to Independence where Jim began his coaching career in football, baseball, and girls basketball. Jim retired from coaching in 2002. Currently, Jim and Ann now live in Wellsburg, Iowa, and enjoy spending time with their children and grandchildren. Please welcome back to Lyle Leinbaugh Field, our honorary captains, Jim and the late James Stainbrook!