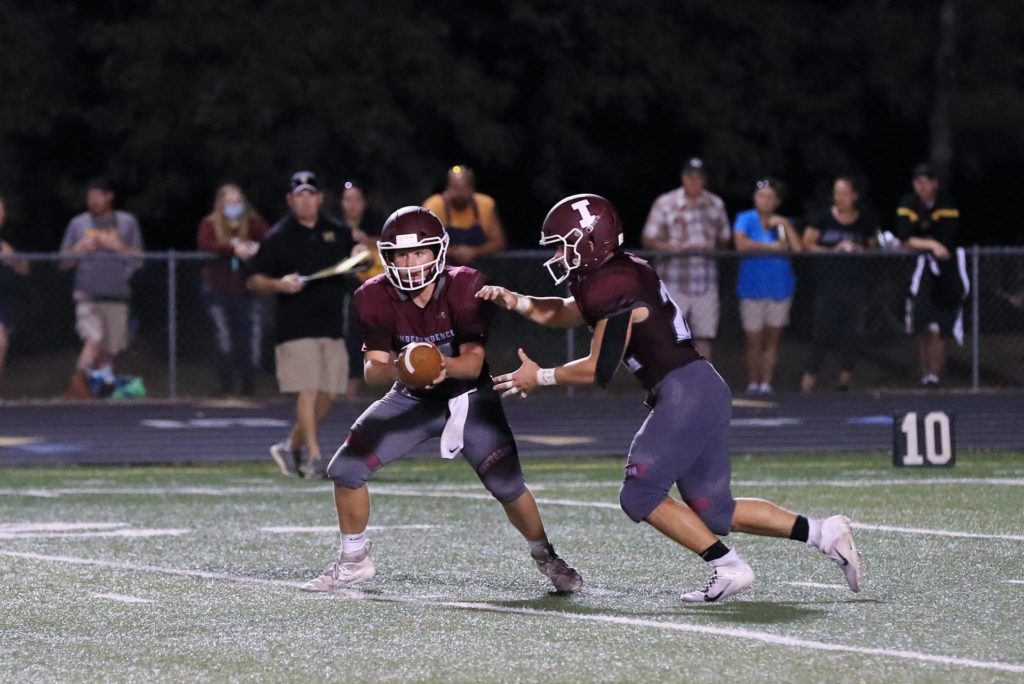 At the beginning of the third quarter, Marcus Beatty ran for a 6-yard touchdown for the Independence Mustangs. (Sawyer Wendling’s Point after kick is successful.) Not long after that play, Cal Heeren of the Bulldogs ran for 62 yards which resulted in a touchdown for the Hampton-Dumont Bulldogs. ( Point after kick by Tucker Heeren is successful).  The next scoring play was for the Mustangs when Mitchell Johnson completed a pass to Keegan Schmitt for a 39-yard score. (Point after kick by Sawyer Wendling is good.)  Right at the end of the 3rd quarter, with two seconds left on the clock, Marcus Beatty ran for an 8-yard touchdown. (Two-point conversion pass by Keegan Schmitt is unsuccessful.) After the 3rd quarter, the score was 34-7 in favor of the Mustangs.

During the fourth quarter, both teams were struggling to score, until Cal Heeren completed a pass to Tate Schmitt for 11 yards and there was another Touchdown for the Bulldogs. (Two-Point Conversion pass by Cal Heeren is no good.) The next score was made when Marcus Beatty ran for 50 yards for the score. (Point after kick by Sawyer Wendling is no good.) The final score of the Homecoming game was Independence 40, Hampton-Dumont-CAL 13.