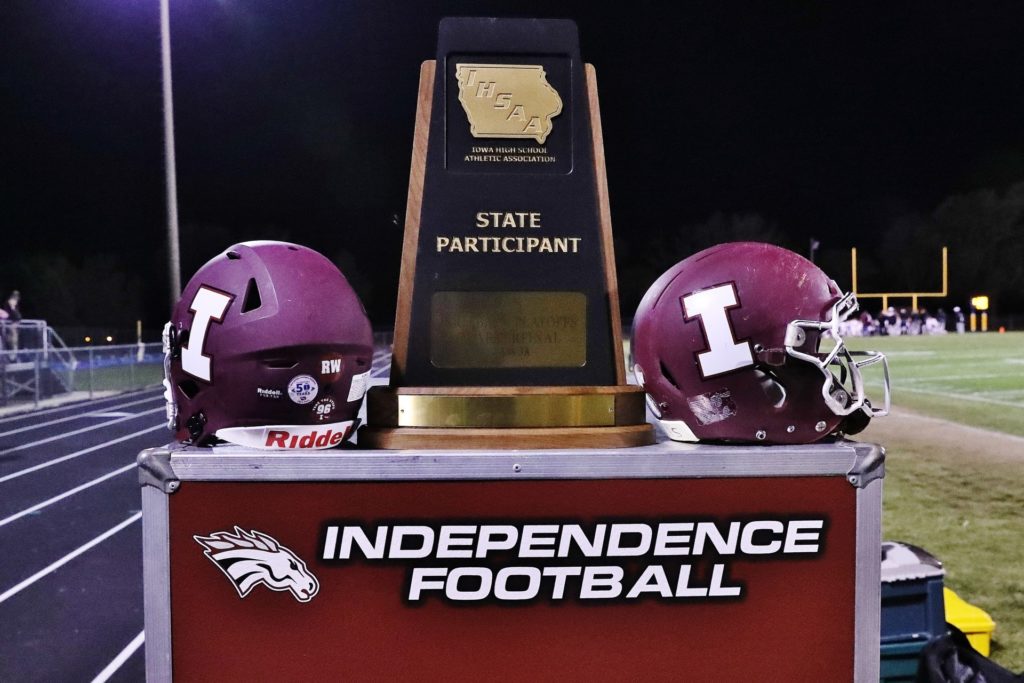 As the third quarter began, Lance Coon was determined to score yet again. He ran for 24 yards for another touchdown for the Humboldt Wildcats. Brady McDonald was in on the tackle but was assisted by Marcus Beatty. The point-after kick by Trevor Beach was good.

The final quarter of the game began and the Wildcats were determined to keep going. Caden Matson passed to Will Orness for 19 yards, yet another touchdown for the wildcats. Zach slides on the tackle (Assisted by Brady McDonald) Point after kick by Trevor Beech was successful. Caden Matson ran for 6 yards for a touchdown. Mitchell Johnson threw an incomplete pass to the team at the Wildcats 20 for 0 yards. (Point After Kick by Trevor Beach is good.) The final score of the game was 21 (Independence Mustangs)- 42 (Humboldt Wildcats).

Although the season has come to an end, the Independence Football team has made history for the school. This was our first time making it this far into the state playoffs and only our second time playing Humboldt. Thank you to the community and the sponsors for supporting the Independence Mustangs football team.