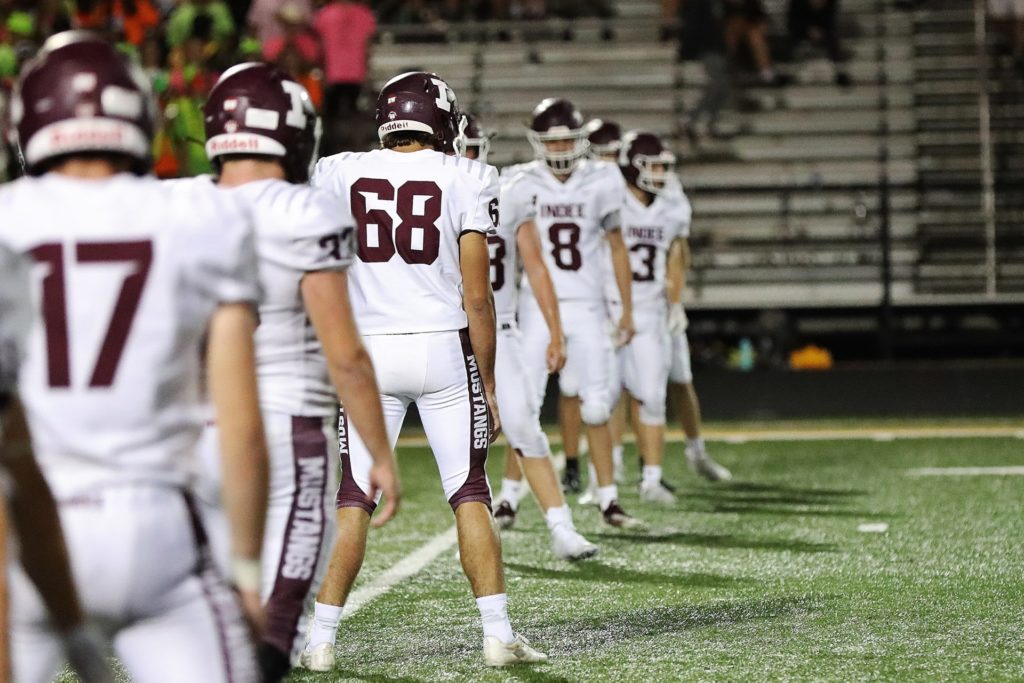 After a scoreless first quarter, Mitchell Johnson was prepared to score in the second quarter of the game. Johnson completed a pass to Keegan Schmitt that went for a 27-yard touchdown, the first one of the night. (Two-point conversion run by Trey Weber is good). In the last 58 seconds of the game, Mitchell Johnson completed a 14-yard pass to Brady McDonald and another touchdown for the Independence Mustangs!

As the fourth quarter of the night began with Marcus Beatty determined to score yet again. Beatty successfully completed a pass to Brady McDonald for 79 yards and another touchdown for the Mustangs. The Stormin’ Pointers had yet to score a touchdown until now when Collin Hoskins ran for two yards putting CP/U on the scoreboard for their first score of the night. (Two-point conversion pass by Havel Braylon is no good). Bad snap for a -15 yard fumble! (Team) Recovered by Bryson Cunningham  for a touchdown (A two-point conversion run by Haven Braylon is good.) The final score of the game was a Mustangs 40-14 win over the Stormin’ Pointers.