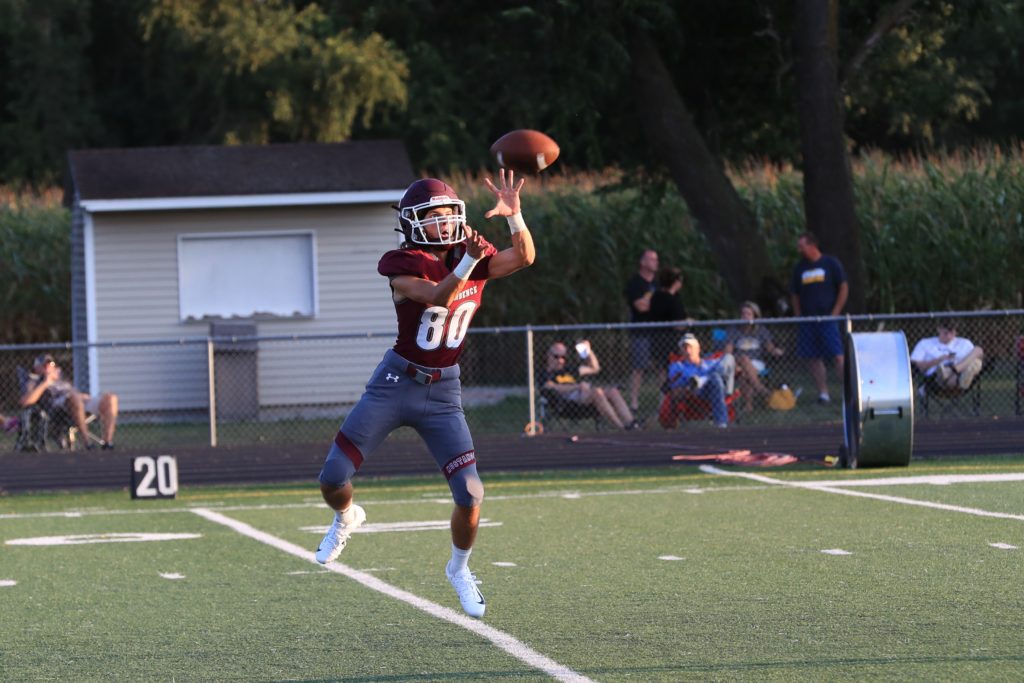 As the second quarter began, Marcus Beatty ran for one yard. The first touchdown of the night by the Mustangs. (Two-Point Conversion run by Keegan Schmitt is no good.) Later in the quarter, Marcus Beatty scored yet again, he ran for 18 yards with the point after kick by Sawyer Wendling also being successful. The score after the second quarter is 13-0 with the Mustangs in the lead.

In the fourth quarter, Both teams are determined to make it to round two. Mitchell Johnson passed to Keegan Schmitt for 11 yards for yet another touchdown for the mustangs. But, the two-point conversion run by Keegan Schmitt is no good. While the Benton community is desperate to score, Aidan Gallery passes the ball to Aiden Thompson for a 29-yard touchdown. The Two-point Conversion run by Ryan Tjelmeland is no good. Marcus Beatty did not allow the Bobcats scoring play to affect him. He ran for a 47-yard touchdown and was successful along with Sawyer Wendlings Point After kick. The final score of the first round of playoffs is, 26-6 with the Independence Mustangs Advancing to the Quarterfinals of the playoffs where they will travel to Humboldt, Iowa.