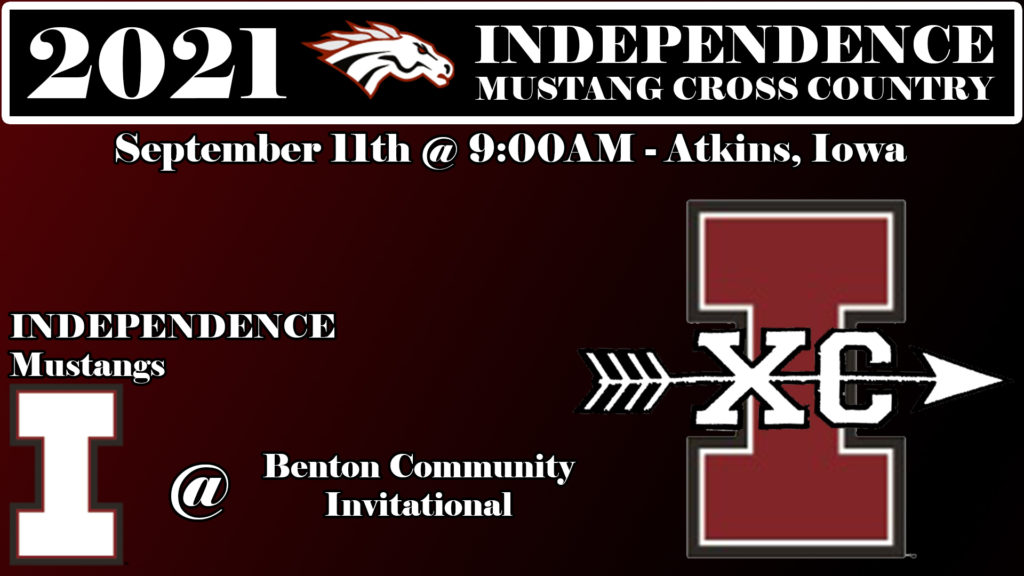 On Saturday, September 11th, 2021 the Independence High School Cross Country team traveled to Atkins, Iowa to participate in the Benton 5K Invitational. On the girls side, there were two runners to make it to the top 20! The Mustangs top runner was Senior Alyssa Larson who ran a time of 23:00.2 finishing in 12th place. Not too far behind was Freshman Reaghan Ressler ending up in 17th place with a time of 24:03.1. For the guys, Junior Kale Wieland led the Mustangs with a time of 20:24.5 placing 37th, and following in 43rd was Senior Robert Hansen with a time of 20:39.8. Congrats to all the Mustang runners today. The Mustangs will be competing again on Tuesday September 14, 2021 at Starmount High School. (Results posted below)