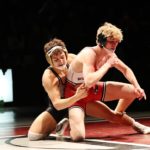 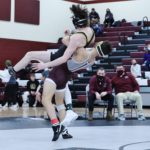 Independence- On Friday, December 3rd, and Saturday, December 4, 2021, Your 3rd ranked Independence Mustangs hosted 27 other teams at the annual Cliff Keen Invitational. The Mustangs had 23 wrestlers compete this weekend and did amazing by getting a 2nd Place finish in the team race. There were 12 individuals that made the top 8 on Saturday and three of them made the finals, those being Isaish Weber, Marcus Beatty, and Brady McDonald. The Mustangs will travel to Williamsburg on Thursday to face the Williamsburg Raiders and the Benton Community Bobcats.

Place Winners from this weekend 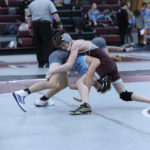 Delhi – On Tuesday November 30, 2021 your 3rd ranked Independence Mustangs travelled to take on the Maquoketa Valley Wildcats and the Monticello Panthers. The Mustangs wrestled The Panthers in the first dual and the starting weight was at 132 and Luke Johnson and Carter Straw both got the Mustangs rolling out of the gates with a fall and a 14-8 Decision. Then from 145-170 were forfeit wins the Mustangs picked up and then Mitch Johnson, Marcus Beatty, and Brady McDonald all got pins in dominating fashion. The Mustangs ended up winning the dual 65-10. The Mustangs didn’t have a break in between duals as they took on the Wildcats and didn’t need it as the starting weight was at 138 and Carter Straw got the crowd up right away with a pin and then we got to see returning State Champ Isaiah Weber take the mat for the first time this season with a pin, there was not a lot of action the rest of the dual as your Mustangs won 66-18. Your Mustangs will be wrestling at the Cliff Keen Independence Invitational in Independence this Friday starting at 2PM and Saturday starting at 9AM. 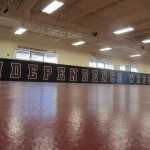 By: Matthew Shannon and Keith Donnelly

When you think of the history of wrestling in Iowa, the first names that come to mind may be Gotch, Gable, Miller, and Brands.  Schools you may think of are Waterloo West, Southeast Polk, Don Bosco, and Osage.  Independence has been a part of that history and has built a tradition of its own.  With coaches like Farber, Rix, Mast, and Adams the foundation of Independence wrestling was built, and built for success.

Independence wrestling has been around for a total of 69 seasons.  The first of which was during the 1929-1930 school year.  During that season, Independence wrestled one dual against Dubuque.  The Independence team was comprised of individuals who were champions of the schools wrestling tournament, which was just an intramural activity at the time, and was overseen by Coach Mike Farroh.  A team would be formed the next year, but no duals would be wrestled.  Independence did not see the school sanction wrestling again until the 1940s.

During the 1946-1947 school year, a teacher by the name of Clyde Andrews started the first Independence wrestling team that would complete an entire season.  The team would practice in the bandroom at the school.  There was a question on how well the sport would be accepted by individuals in the community.  They decided to host their first dual, which was a dual against Maquoketa.  It was going to be wrestled before the Independence/Maquoketa basketball game that evening so spectators would get to see what wrestling was about.  Even with a loss against Maquoketa, there was a lot of interest in the sport, so more duals were scheduled during that season.  Independence would end up getting one dual victory during that year against Traer, however, the seeds of the Independence program were planted, and the sport began to grow.

Enter the 1947-1948 school year, Clyde Andrews would take the role of Assistant Coach and allow Bill Farber, who moved in from California, to take the reins of the wrestling program.  Coach Farber would be the head coach of the wrestling program for the next eight seasons and the third head coach in Independence Wrestling History.  During this time, Independence would see its first State Qualifier and Placewinner in Buster Gates during his first year of coaching.  The season of 1949-1950, Bill Farber would coach Dick Schmidt to a state title at heavyweight, and lead Independence to a 9th place finish at the 1950 Iowa State Wrestling Championships.  The Independence wrestling team also earned the nickname “Hairy Chested Killers” and rack up a 52-40-3 career record for Bill Farber.  Independence would see close duals and develop a rivalry with Osage at this time in which newspapers would print full page ads promoting the dual between the schools, similar to what you would see in historic boxing matches.  Eddie Masteller would also emerge from the Independence program.  He would go on to wrestle for Iowa State Teacher’s College (Northern Iowa), and qualify for the 1957 NCAA Tournament.  Masteller would also make it on the 1964 Tokyo Olympic Team for the United States as an alternate, but did not make the trip.  It was an amazing feat for Bill Farber, who started coaching wrestling from a book, but would eventually help Independence have 15 state qualifiers, including its first State Champion, along with four other placewinners.

During the later years of Bill Farber’s stint as head coach, numbers would start to decline and popularity was starting to wane.  Charles Andrews would then become Independence’s fourth coach for two seasons before the school district cut the wrestling program at the end of the 1956-1957 school year.  It was not until the 1965-1966 school year that Kenneth Russell would help to get the program re-instated.  At this time, the program would take off and not look back.

Carlyn Rix was the first coach for Independence wrestling so stay over 10 seasons.  He would complete 14 seasons total and during that time win two WaMaC Dual Titles and a tournament title.  He would also see 19 Individual WaMaC Champions and 14 State Qualifiers including four which would place.  Amongst that four was Dennis Shannon, who would make the 1980 IHSAA State Finals and be the first finalist for Independence since Dick Schmidt in 1950 and be Independence’s first runner-up finisher at the State Championships.  Coach Rix would also earn 63 dual wins during his time before he passed on the head coaching position to Gary Mast at the start of the 1980-1981 season, who was his assistant from 1967-1980.

As the 7th Coach in the history of Independence Wrestling, Gary Mast would continue to build on what his predecessors helped to begin.  In two seasons he would have a 17-2 record, along with 7 Individual WaMaC Champions.  He would also lead the Mustangs to win the 1982 WaMaC Dual Championship and see three qualifiers and a placewinner to the state tournament.  In 1982, Coach Mast would earn the Northeast Iowa Coach of the Year award, unfortunately, his coaching career would be cut short as Coach Mast would pass away from cancer in 1982, Mast’s impact on the athletes and the sport of wrestling would never be forgotten.

Since 1982, there have only been two head coaches for the Independence Mustangs.  The 8th head coach would come from Iowa Falls and help to guide the Mustangs to their next state champion and first team state title.  Bret Adams would build quite the resume while head coach of the Mustangs from 1982-1999.  During that time, he would earn a 206-74-2 record with three WaMaC Dual Championships and three WaMaC Tournament Titles.  Coach Adams would help 46 individuals win WaMaC Conference Championships and see 59 state qualifiers, including 24 placewinners.  Out of those 24 placewinners, 7 would be in the finals with three of them (Dan Sperry, Mike Pentecost, and Scott Eddy) becoming State Champions.  Bret Adams would also be nominated as the Northeast Iowa Coach of the Year numerous times and led the Mustangs to two state team titles.  The first was the 1996 Iowa State Championship team title at Veteran’s Auditorium in Des Moines, the second was the 1997 Iowa State Dual Championship in Cedar Rapids.  Coach Adams also would begin a fund for the Indee Mat Club, which would help young wrestlers develop their skills before they reach high school.

The 9th coach in Independence’s Wrestling history is still at the helm today.  Michael Doyle is a graduate of West Delaware High School and Wartburg College, where he was able to see success as a wrestler.  He came to Independence and was an assistant under Bret Adams from 1995-1999.  Since taking over as the head coach in 1999, Doyle has accumulated a 405-196-0 Dual Record with 10 WaMaC Conference Dual Championships, five WaMaC Conference Tournament Championships, eight top ten finishes at the Iowa State Championships, and 10 Iowa State Duals appearances.  Coach Doyle has also helped to guide 57 Individual WaMaC Conference Champions, 96 State Qualifiers, and 51 State Placewinners.  Out of those placewinners, 21 of them were state finalist and nine were State Champions (Tim Halligan, Ben Lehman, Mike Zimmerly, Andy O’Loughlin, Ryan Fank, Nick Fuller, Chase Straw, Brandon O’Brien, and Isaiah Weber).  Doyle has won the Iowa Wrestling Coaches and Officials Association Coach of the Year two times (2009 and 2020) and has helped to continue the build the Indee Mat Club to what it is today.

Last season, Independence started a girls wrestling program.  In its first year, Independence had two wrestlers in the IWCOA Girls State Finals (Kenzie Fischels and Rachel Eddy) and saw a total of eight girls consistently compete.  This season, the Independence Girls Wrestling team saw its first State Champion (Rachel Eddy) in just the second year of competition for the program.

“Our Scholastic Coach of the Year Awards Program which honors our nation’s coaches who work tirelessly on behalf of their athletes is one of my favorite NWCA initiatives.  At a time when coaches are needed now more than ever, we get to take time and thank the entire profession by recognizing their peers at the state, section, and national levels. Thanks to those who we call Coach.” Mike Moyer, NWCA Executive Director.

The Independence staff is comprised of coaches Keith Donnelly, Josh Weber, Brian Loughren, Nick Fuller, and Kaleb Budzine and accomplishments include the following:  These guys spend countless hours working with our young people.  Teaching, developing, recruiting, and educating where possible to advance the sport of wrestling in our community.  This season we went 29-8 in duals and placed 4th at state.  We sent 4 individuals to state and placed 14th as a team.  The individuals got 2nd, 2nd, 7th, and qualified.

Independence Wrestling Head Coach, Michael Doyle- was named Class 2A Coach of the year by The Iowa Wrestling Coaches and Officials Association. John Carey was named the Junior High Coach of the Year.

Independence put two wrestlers in the finals for the first time since 2006 and the Mustangs won their 29th dual in the quarterfinals, a school record.

Congratulations to the following Mustang Wrestlers on advancing to the state tournament! Go Mustangs! 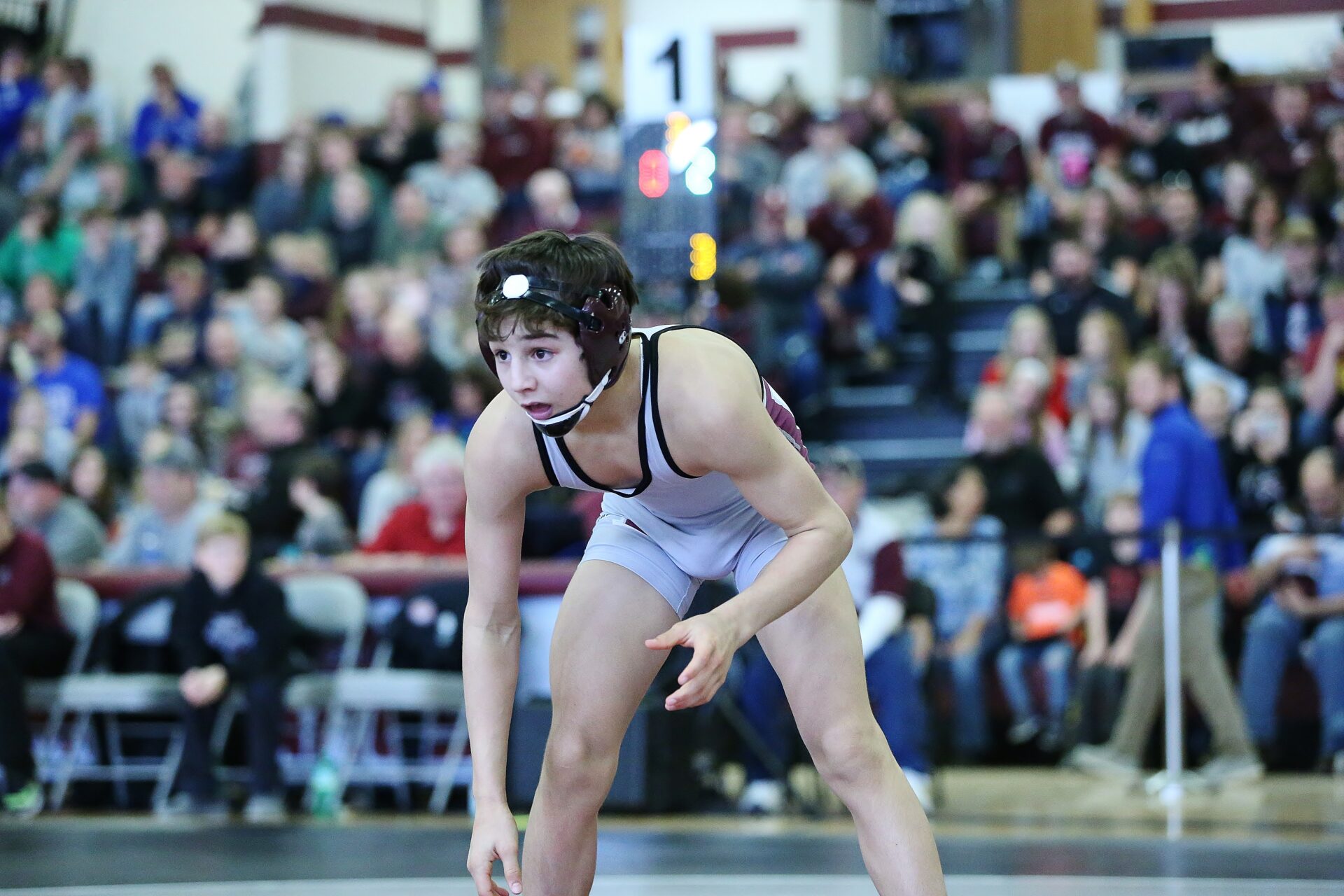 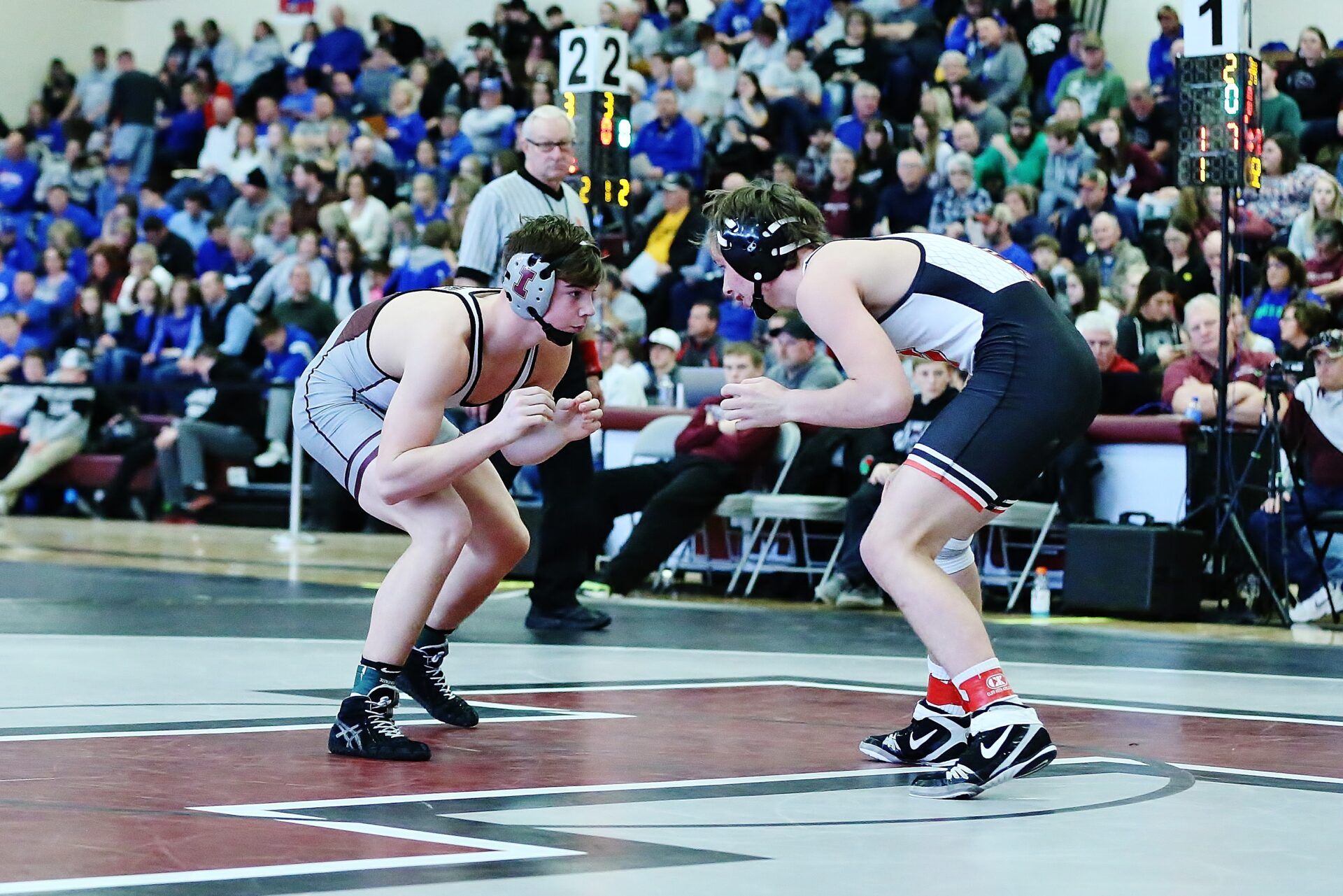 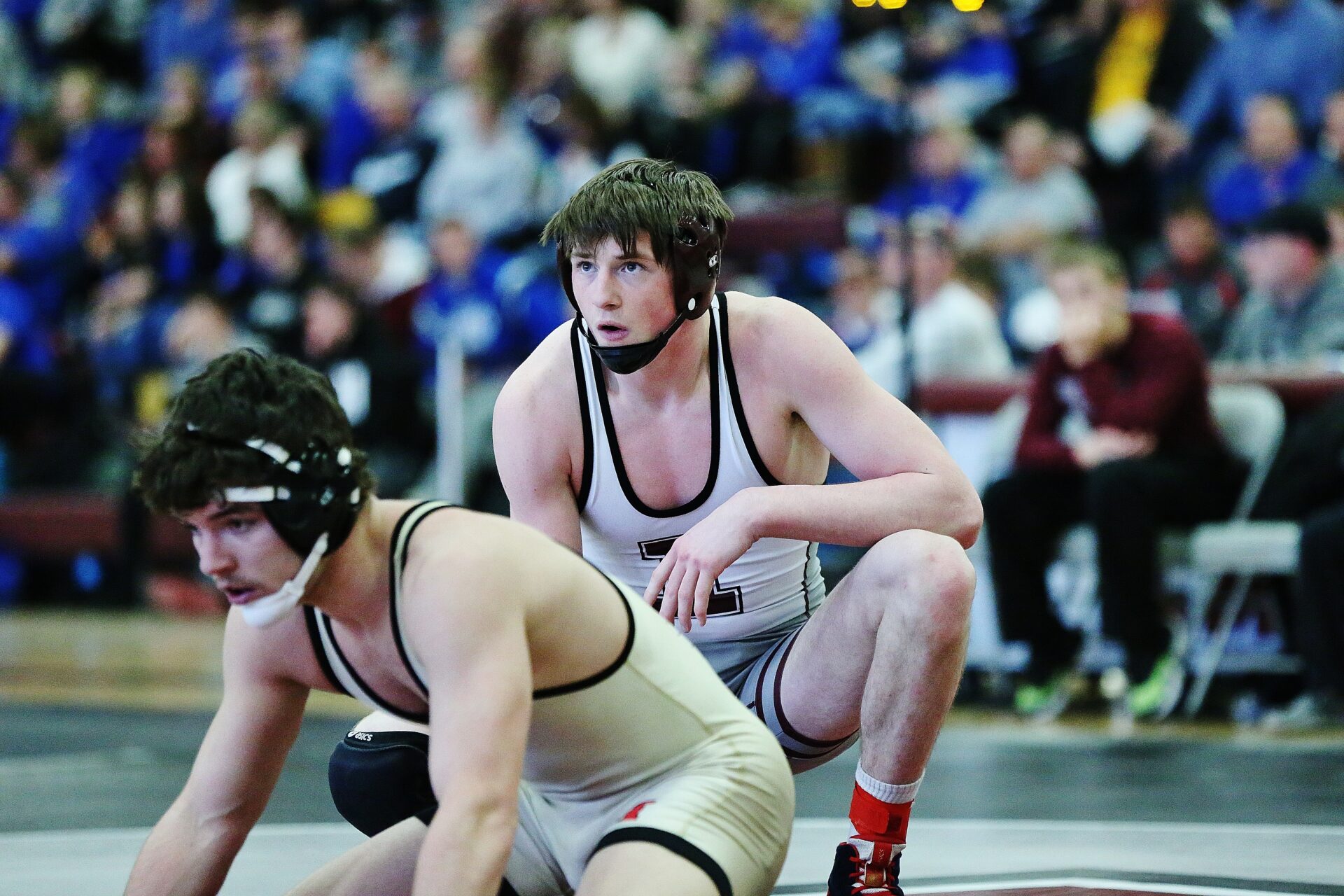 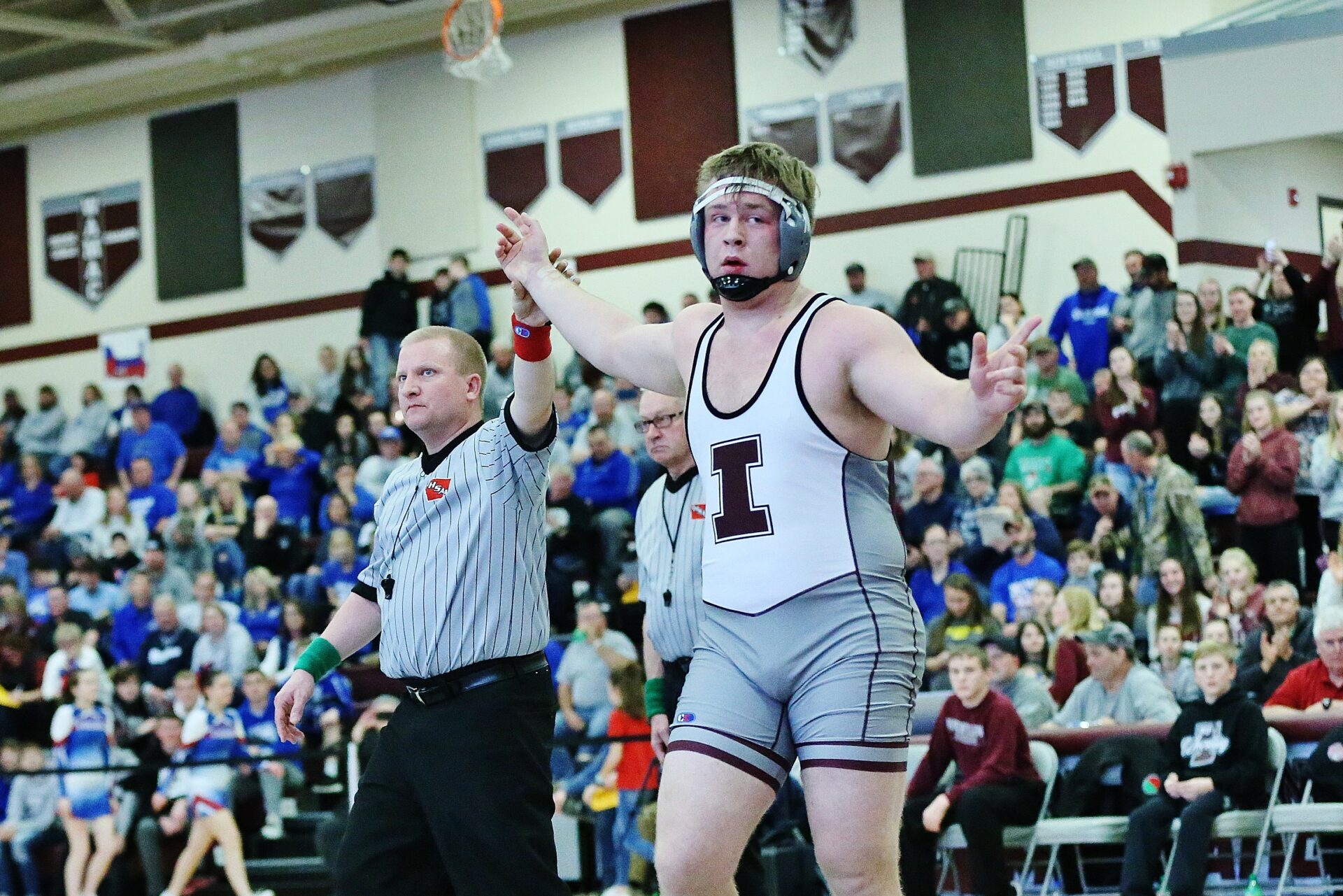 The Mustang Wrestlers qualified for state duals by beating New Hampton. The Mustangs will wrestle Wednesday, February 13 at 9:00 am at Wells Fargo Arena. Go Mustangs! 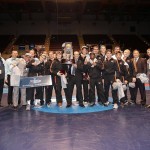 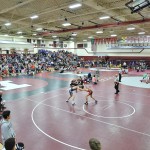